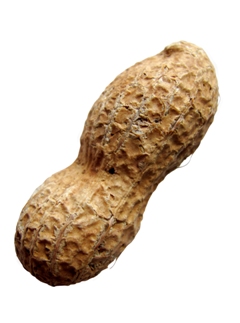 Ever hear one of these quotes, or something similar? I know I have heard or read them many times over the years since our child was diagnosed with food allergies. Lets talk about some of the issues.

When I was young, no one had food allergies

From 1997 to 2007, the prevalence of reported food allergy increased 18% among children under age 18 according to a CDC study. It is estimated that more than 3 percent of adults and 5.9 million children have food allergies. Similar trends are happening worldwide. Yes, there is better diagnosis, which will create some increased reporting, but it does not explain the rise. So what may have been true before is not true now; things have definitely changed since your childhood or your parents childhood. Adult onset food allergy continues to rise in adults as well.

Parents today are so overprotective; they think everything is going to kill their kids

The fact is that true food allergies can be life threatening, so parents of food allergic children are not overprotective; they are legitimately concerned about their childs life. Some people with food preferences and some that are picky eaters refer to their food avoidance as an allergy. A person with a food preference may say their allergic, and then when desert comes and it is not allergen free, they decide to have a little. This often contributes to the confusion on the subject and makes it harder for parents of children with food allergies.

A little bit cant hurt them, we ate everything when we were kids, and we survived, kids today need to toughen up

Even a minuscule amount of a food allergy can cause a life threatening reaction called anaphylaxis, so extreme vigilance is required for those with allergies.

The amount of empirical evidence showing an increase in food allergies in developed countries continues to increase.

The David Hide Asthma and Allergy Research Centre observed that the number of children with reported peanut allergy had doubled over the five-year time period on the Isle of Wight in the United Kingdom In the United States, Dr. Scott Sicherer and colleagues, using a nationwide telephone survey with over 10,000 participants, found that the rate of peanut allergy doubled in children from 0.6% to 1.2% over a five-year period.

There is no single theory that explains the rise in allergies and no known cure, but food allergies are definitely on the rise.