Is your child’s coach accommodating? – The Food Sensitive Shopper

Parents of athletic children who are food allergic, gluten intolerant, diabetic, or other food sensitivity this post is for you!

Recently as I was on a run and thinking about coaching the upcoming spring soccer season I realized that I was overlooking an incredibly important part of food allergy, intolerance and sensitivity management.  Coaches and the parents who bring the food after the game!

How many times have you taken your child to a game and a parent brings cupcakes from the local bakery to celebrate their effort?  How about cookies, candy, and brownies?  There is so much that is wrong about this message and our children are especially susceptible to being singled out from the team when this happens.  Often the coach is a parent and even if not a parent it is unusual for coaches to stand up to the entire parent group and say ‘do not bring treats after the game’

It may sound like a rant but frankly I am tired of coaches and parents who are clueless about food…i.e…what our children should eat, when, how much, and being open minded enough to include everyone.

Did you know that food based rewards backfire?  Why reward our child for taking great care of their health through exercise by giving them sugary drinks (yes those sports drinks are included) and  sugary or salty processed foods as a reward?  This is a reward that will end up badly when they are adults because parents are setting the stage for their children to eventually have poor health.

Actually there was a study that showed that food based treats do not build self motivation or esteem; that is unless you are a dog.  What works for children is praise.  Say ‘you did it’ or ‘way to go’ or ‘you really shined on the court today’.  Praise in the form of words that describe the action specifically (look for the good!) make a bigger impact in a child’s life than food rewards.

Parents who bring treats and the coaches who let them take note!

Parents who are guilty of not including the food allergic or gluten free child  need a reminder that they don’t like it when their child is left out, doesn’t get enough playing time, or is treated unfairly.  So why are they exhibiting this behavior to other children who cannot eat the same foods as their child.  What is equally as bad is that these parents create the misconception in their child’s mind that eating junk after the game is the right way to live.  My advice for them and all parents who are at the game…once it is over  praise them and give them a hug or high five.   That is what they really need and will remember.  Then there is no inclusion problem, your child will feel great that his or her parent is really taking notice, and it sends a very positive message from which to learn and grow.  Feed them later … they need water first anyway. 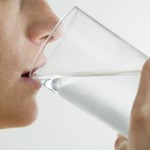 Our team has a couple of food allergic players so we state at the beginning ‘do not bring treats unless it is only for your child’.  Doesn’t that sound better and it doesn’t make anyone feel left out. 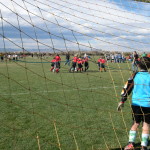 Here is an article from Parents.com to share with parents from your child’s team and the coach:   http://www.parentingscience.com/effects-of-praise.html

So next time your child is starting the sports season send the coach and all of the parents this post so they will become better at parenting their child for their child’s better health and well-being.